When Brian Crawford moved to Laguna as a sophomore in high school, he says it was a good, and much needed, chance to start fresh. Coming from the Bay Area, Laguna Beach was nevertheless a familiar place as his family had visited many, many times. He fit right in, becoming friends with the skim boarding crew. He says he would just sit and watch from the beach: No video, no photography, just watching.

Before he moved south, Crawford says he used to make home movies, but in Laguna his friends made skateboarding videos. That was their thing, and so he let that interest go. His interest behind the camera would, however, return – in a big way.

“Once I graduated from Laguna [Beach High School], I needed to figure what the hell to do,” says Crawford. First he went to work for his brother-in-law’s car dealership, but in 2008 he lost that job. It was both a curse and a blessing. He went back to his interest in videos and moved to Los Angeles to see what would come of it.

The most important thing that came of it was Crawford’s realization that he needed to get sober, and that where he lived was “so important” to his mental state.

So back to Laguna he came.

One evening Crawford took at picture of the sun setting at Oak Street. He remembers thinking, “This looks like a decent shot.” So he sent it to his dad for a second opinion. His dad agreed. “I’d been reading Stu News Laguna so I sent the picture to Stu, saying ‘I thought you’d like this photo’.” He did, and Crawford eventually began working for StuNews as a photographer.

He was also working at Gina’s delivering pizzas, and says that on his deliveries, “I would drive a pizza up to Top of the World. It would be sunset, and I’d see an image while on this delivery. I’d post it to Stu and it was so awesome to get recognized for what I was doing.”

Adding a human element to his photos

Four years ago, with his creative eye working, Crawford happened to spy Liz Campbell at The Stand. Liz is a yoga instructor at Ritual Yoga. “I love nature photography, but I’d never done people with it. But Liz has these beautiful tattoos and I thought it would be cool to shoot her at the Top of the World caves,” explains Crawford.

“She was a little freaked out, a little hesitant, but she came, and we went to the caves. We had such a rad experience. It was just like creating a landscape photo, but adding the dimension of a human adds a whole other level…it’s harder and more beautiful. These yoga poses are so beautiful. Yoga is one of the most beautiful things!”

From these modest beginnings, Crawford has built a name for himself as a well-respected yoga photographer.

“Liz’s shoot was really successful. I approached Ritual Yoga. When they saw the photos they were like, ‘This is so rad. We like your photographs! You’re doing our website.’

“So I shot a lot of images. And I got paid!” he says with a laugh. “I thought this might work for me. I may not be working at Gina’s for the rest of my life.”

Things really picked up when he finally acquiesced to his friend’s advice and went on Instagram.

“I was always against it, but I thought, ‘All right, I’ll give it a shot.’ So I put some photos on Instagram and I got totally inspired,” he says. “There was this great feedback from the yoga community. I enjoyed making people feel inspired and happy.”

Crawford’s photos combine the beauty of nature and yoga

Crawford’s niche has allowed him to travel all over the world.

“I started to gain a following. I found a passion for yoga photography. I fell in love with it,” he says. “I love meditation – and yoga is based around meditation. As I got deeper into it I thought, I need to get involved with these people. This is my path. So I started marketing myself as a yoga photographer.

“In two years, I have 20,000 Instagram followers. I have followers who have a million followers, who have reached out to me. Yoga is a small world, but it’s not too small. I’ve been able to make a name for myself.”

An idol becomes a friend

When we met, Crawford had just returned from Hawaii a week ago. It marked a pinnacle of his career thus far. “I have this musician…my favorite musician ever. I listen to him every day!” He said. “Then we connected on Instagram, and he started following me. I was so honored!

“I was working on Kauai and he lives on Maui. I reached out to him. I came to his house and I took photos of him and his daughter. He trusted me. He let me into his home. We became friends.

“Everything I wanted to do – I accomplished last week. I joked with my parents that I was retiring,” says Crawford who seemed genuinely surprised and humbled by his good fortune.

The musician, whose name he mentioned much later in our interview, is known as “The Grouch.”

Since he still needs to make a living, Crawford will not be retiring, despite his recent accomplishments, anytime soon.

His next goal is to cultivate a celebrity clientele to elevate his exposure as well as attract a larger audience to the beauty of yoga.

“I want to inspire people who don’t know yoga to try it,” he says.

Crawford practices yoga every day. As a testament, he cites his personal experience. “I blew my back out a year ago. I went to the hospital; I could not move,” he said. “I thought my career was over. Once I focused on my physical therapy, I realized it’s side by side with yoga. I just needed to hit my yoga program twice as hard.”

“That’s what life is about. You have to get rid of these things that stand in your way. Living a healthy, conscious lifestyle inspired me to be my better self.”

It has also helped launch a career. 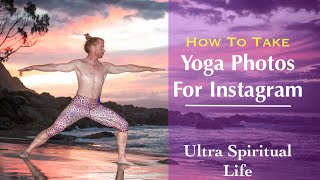 Interview with Boys of Yoga